Reduce frown and worry lines with Botox and Dysport

Facial wrinkles add character, but some lines can become deeply grooved, giving you a look that doesn’t reflect how you feel.

Botox and Dysport injections can help to reduce wrinkles on the forehead, between the eyebrows (the “11s”), around the eyes, and other areas of the face while still allowing you to display your natural expressions.

These injections have also been beneficial for migraine headache, and tension headache sufferers by decreasing the severity, frequency, and duration of the headaches.

Also the injections have been for TMJ issues, as well as teeth grinding. Underarm sweating is also treated successfully.

FAQ About BOTOX at Camas Medspa

Will BOTOX® Cosmetic make me look like I’ve had work done?

BOTOX® Cosmetic is a technique-sensitive treatment. You should not lose the ability to show expression when you are treated by someone who is licensed, trained, and a medical expert in facial anatomy. It is important to talk to your specialist about the results you want from treatment.

Does the Botox treatment hurt?

Some patients report that being injected with Botox or Dysport feel like a pinch. Your Doctor may offer an ice pack to numb the treatment area first. If you are concerned about discomfort, Dr. Gaskell or other specialist may apply a topical numbing cream prior to administering your treatment.

How long is the recovery time?

After your treatment, you can go about your day as you normally would. There is minial downtime and we will give you post care instructions to follow.

How does Botox work?

Botox targets on eof the underlying causes of frown lines and crow’s feet – the reprated muscle contractions from frowing and squinting over the years. Dr. Gaskell will inject these muscles with Botox to temporarily reduce muscle activity. You will begin to notice a visible smoothing of your crow’s feet lines and frown lines between your brows.

When will I see results?

You may begin to notice results within 24 to 48 hours for moderte to seere frown lines, with results lasting up to 4 months.

How much does BOTOX COST?

Camas Medspa charges $11 per unit of Botox. How much Botox you will need depends upon the issues you are interested in resolving. We can help you determine this within your budget. 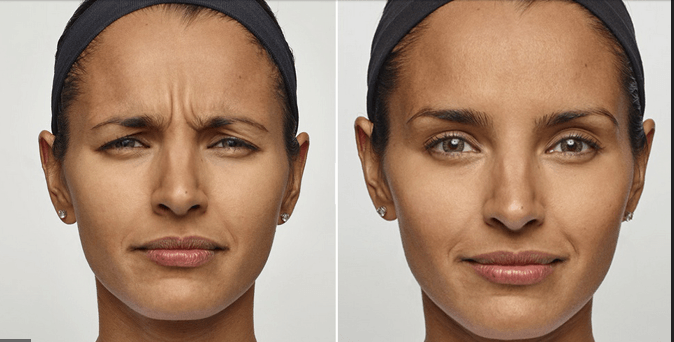 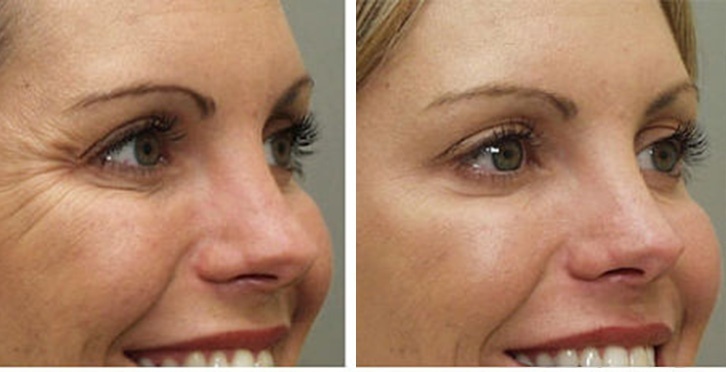 What Is Dysport and How Is It Different From Botox?

The main differences between Botox and Dysport are:

They both work by blocking nerve signals to the muscles, but are manufactured differently and their resulting nontoxin proteins cause them to have different potencies and possibly differences in their duration or onset of effect.

Most studies have used a ratio of 2.5:1, meaning 25 units of Dysport have approximately the same action as 10 units of Botox. Some studies have suggested that Dysport works quicker, lasts longer and hurts less than Botox; however, these results should be interpreted with caution and in some instances, the trials were sponsored by the manufacturer of Dysport.

Both Dysport and Botox are FDA approved for cosmetic indications and to treat cervical dystonia and spasticity in adults. Botox is also approved to treat a chronic migraine, excessive sweating, bladder dysfunction and urinary incontinence associated with certain neurological conditions, upper and lower limb spasticity in children and adolescents aged 2 to 17 years (excluding lower limb spasticity caused by cerebral palsy), blepharospasm and strabismus.

Even though Botox and Dysport are both type A botulinum toxins, their nontoxin protein content is different due to differences in their manufacturing. This means that there are several similarities but slight differences between the two products.

Is Dysport more effective than Botox?

One trial, sponsored by the manufacturer of Dysport, demonstrated that Dysport worked for longer than Botox in participants with severe frontalis lines (horizontal forehead lines). In this trial, a unit-to-unit ratio of 2.5:1 (ie, 25 units of Dysport was considered equivalent to 10 units of Botox) was used.

Another trial showed no difference in the duration of action of the products; however, they did find that complete efficacy was more likely to be achieved with Dysport (90% vs 75%).

A further trial found Dysport worked quicker and was significantly less painful on injection than Botox. These results should be interpreted with caution.

Is the dosage of Dysport the same as that for Botox?

No. All dosages are product specific and are not interchangeable.

Botox Cosmetic is supplied in single-use vials containing either 50 or 100 units of ONA. The vial is diluted with sodium chloride before use and intended to be used on only one person. The maximum cumulative dose of ONA should generally not exceed 360 units, in a 3-month interval.

Botox multi-use vials (for indications other than cosmetic) contain either 100 or 200 units of ONA per vial, which is diluted with 0.9% sodium chloride to get a predetermined unit per ml dosage. The left-over reconstituted solution can be kept in the fridge but must be used within 24 hours.

Dysport vials contain either 300 or 500 units of ABO per vial and must also be diluted before use. Dysport is only for single use (one injection session for one patient) and reconstituted solution should be kept in the fridge and thrown away after 24 hours if not used.

Does Botox have more FDA approved indications than Dysport?

Yes, Botox does have more approved indications than Dysport.

Botox Cosmetic is FDA approved to temporarily improves the appearance of moderate to severe frown lines and lines around the eyes (crows feet) in adults over the age of 18.

Botox is FDA approved for bladder dysfunction (overactive bladder and urinary incontinence associated with a neurological condition (such as spinal cord injury or Multiple Sclerosis), chronic migraine (≥15 days per month with headache lasting 4 hours a day or longer), spasticity in adults, upper and lower limb spasticity in children and adolescents aged 2 to 17 years (excluding lower limb spasticity caused by cerebral palsy), primary axillary hyperhidrosis (excessive sweating), blepharospasm and strabismus, and cervical dystonia. For some indications, there is a lower age limit for use.